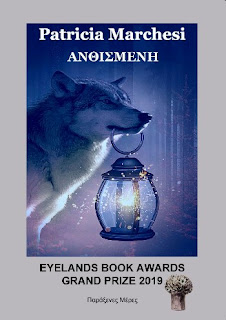 Fifteen-year-old Wynd doesn’t know she’s a fairy, but she has already nearly lost herself to the wind. She longs to fly, to be free, to disappear. Problem is, she cares too much about her ten-year-old sister to leave her behind. Sylva would never make it in the foster care system on her own. She thinks she’s a tree. And no one believes her but Wynd.

The two sisters were found, five years earlier, on a road by a forest. They have vague memories of this forest, as well as of the gunshot sound that killed their mother. When Sylva becomes deathly ill, it's up to Wynd to save her sister and take her back home to Florissant, an enchanted forest with a boarding school for orphaned fairies. Yet little does Wynd know that coming home is only the beginning of a great -- and dangerous -- adventure that will force her to face her deepest fears in order to save the fairy realm.

It turns out Shakespeare wasn’t right about everything when he wrote A Midsummer Night’s Dream. He got some of the fairy lore right. And some of the characters.

But the great playwright could have never guessed that, centuries later, the fairy kingdom would relocate to the New World – the state of Georgia, to be more precise – where there were still old-growth forests that could sustain magic.

And not even someone with the imagination of Shakespeare could have guessed that a fifteen-year-old wind fairy would cross paths with Titania and Oberon all that time later, and help them save the fairy kingdom with a performance of A Midsummer Night’s Dream in an enchanted forest. But no doubt he would have found the irony delicious. 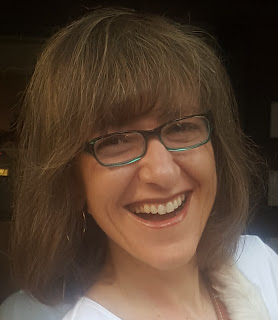 Patricia Marchesi is an English professor specializing in Shakespeare and Renaissance drama. She teaches at a liberal arts college an hour from Atlanta, GA. Her academic research into the role of trees and forests in Shakespeare’s plays led to her discovery of how precious and rare old-growth forests are, and inspired her to write Florissant. Before embarking on the young adult fantasy genre, she wrote two science fiction novels for middle grade readers, Shelby & Shauna Kitt and the Dimensional Holes and Shelby & Shauna Kitt and the Alterax Buttons, both of which were self-published and won Children’s Literary Classics gold awards.

Marchesi is originally from Rio de Janeiro, Brazil, and has also lived in Austria and England. In the United States, she has lived in New York, Delaware, Colorado, Arizona, and (now) Georgia.

Posted by Strange Days Books at 07:36