Paris belongs to no one! 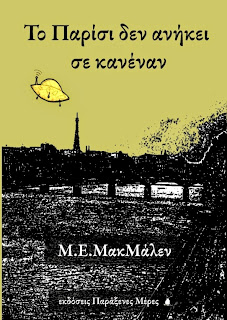 My work has appeared in numerous print and online journals both in mainstream and science fiction publications and been cited by the Pushcart, Hugo and Editor’s Choice, and nominated for inclusion in the online Free Library.